50 Cent wanted Interscope Records head Jimmy Iovine to sign him to a new deal or he will release the new album himself. 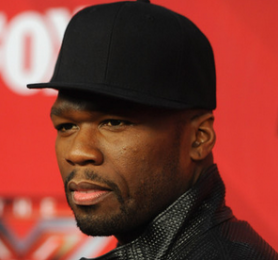 His tweet to the records head wasn’t enough to attract attention so the hip-hop star is now making an appeal on Twitter for anyone who wanted to sign him. Meanwhile, 50 Cent continued to dish that his next album is great but it is a shame the hardest people to work with were suppose to be on the same team with him.