There are plenty of style secrets about Philippa Charlotte Middleton, which were unveiled. 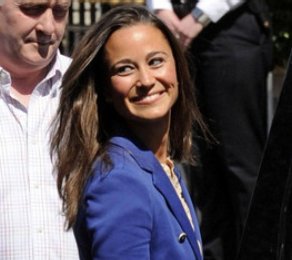 1. Her dress at Westminster Abbey is similar to Cameron Diaz’s dress at the 2010 Golden Globes Awards. 2. Athletics helped her achieve killer curves. 3. Pippa reportedly gets her hair done in VIP section of Richard Ward Salon. 5. She follows fashion and became pals with with designer Daniella Helayel. 6. Oxygen Facials keeps her youthful glow. 7. She is fan of spray tan and reportedly hire someone to help her get her bronze on. 8. She is a sort of former model in catalogs produced for her parents’ event-planning business. 9. She inspired a Monique Lhuillier bridal gown.