Aaron Carter, which spent the night of Thursday February 21 in a Texas jail after being arrested on a drug charge. 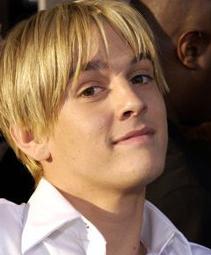 The 20 year-old pop star was pulled over by a Sheriff’s patrol car for allegedly speeding as he drove his Cadillac Escalade SUV on I10 through Junction, Texas, some 70 miles north west of San Antonio.

Michael Chapman revealed, “After he was stopped, his car was searched and some marijuana was found in the vehicle. Mr. Carter was placed under arrest and charged with misdemeanor possession of marijuana and speeding. His car was impounded.”

Sheriff Chapman added, “He’s in a cell by himself in the Kimble County Jail. I’m sure he’ll have no problem getting bail in the morning. He was very polite. He didn’t give us any trouble.”