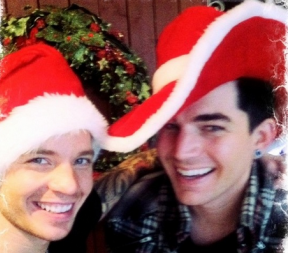 The “American Idol” alum will be spending Christmas eve with the Koskinens. He had a huge traditional Finnish feast and opened Christmas gifts. The event followed the couple were recentlly arrested after being involved in a brawl outside the gay bar in Helsinki.