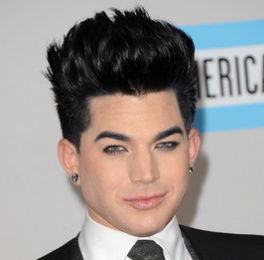 The “American Idol” star presented an award at the show, which was held at Nokia Theatre L.A. LIVE. Meanwhile, Adam recently announced his album “Trespassing,” which will release in the spring and his single “Better Than I Know Myself.”