Adam Lambert was sporting facial hair when he was spotted in the red carpet of Sister Act’s opening night performance on April 20. 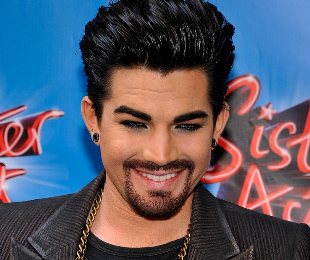 The “Time For Miracles” singer was joined by his pal Sauli Koskinen at the show, which was based on the movie of the same name. Meanwhile, Adam achieved one million followers on his Twitter account the other day.