Adam Lambert became another victim of an online hoax, which suggested that he had been in an accident. 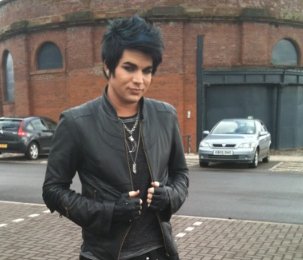 The 29-year-old singer used his Twitter account to clarify the rumors that he wasn’t involved in an accident. He assured his fans that they shouldn’t believe everything they read. Meanwhile, Adam was sporting a pair of aviator glasses while grabbing lunch at Gjelina Restaurant with a female pal on June 17 in Venice, California.