Adam Lambert was spotted stocking up on grocery items while pushing a full cart on his way out of the supermarket chain. 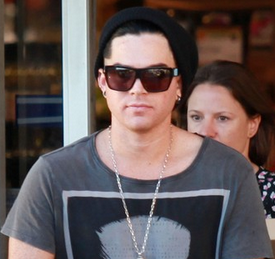 The “American Idol” star even flashed a peace sign when he loaded groceries into his car at Whole Foods on October 7 in Los Angeles. Earlier this week, Adam and his boyfriend dated at the Arclight Theatre. On his upcoming album, Adam dished that he recently had his album photoshoot and tweeted about the album artwork.