Amber Rose claimed that she and Kanye West split because he cheated on her with Kim Kardashian. 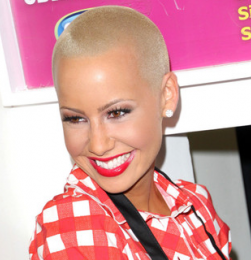 Kanye West’s ex thought that Kim is a homewrecker since she was one of the main reason why she and the rapper are not together. She also claimed that the celebrity pair cheated on her and Reggie after Kim instigated the whole affair by calling, texting and sending racy photos of herself to the rapper. But a source close to Kim insisted that the claim is not true because Kim and Kanye have been friends for a very long time and they knew each other long before Amber was in the picture.