It appears that Pax Thien, the newly Vietnamese adopted son of Angelina Jolie, found it difficult to adjust to his new name. He refused to respond to his new name and kept shouting his former name, Pham Quang Sang. 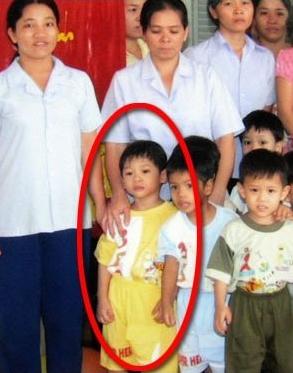 A source revealed, “When Angelina tries to explain that Pax Thien is his new name, he simply shakes his head and points to himself, saying ‘Pham Quang Sang.’ ” A source added, “She knew he was strong-headed – that’s what attracted her to him in the first place. But he won’t respond if called Pax and it seems stubbornness is a trait they share.”

What is the reaction of Angelina Jolie? It appears that the Hollywood actress is disappointed at the reaction of his adopted son. A source explained, “She spent a long time coming up with it. She researched it and talked to friends of friends to make sure it makes sense and didn’t have anything negative about it.” A source added, “She thought it said exactly what she wanted to say. She’s crushed her new little boy hasn’t taken to it.”