Angelina Jolie fought back tears as she recalled the nightmare of meeting Sierra Leone amputees during a recent interview about the world’s refugee crises. 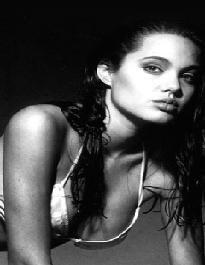 The 32-year-old actress agreed to talk about her own experiences in refugee camps during the Anderson Cooper 360 news special, which aired in America on June 20 as part of programs marking World Refugee Day, and found herself overcome with emotion.

Angelina Jolie, a United Nations Goodwill Ambassador, told the CNN newsman, “I felt so unaware and I felt so naive.”

The actress added, I didn’t know people could suffer like that and, in Sierra Leone, so many people had systematically had their arms and legs cut off. To this day (it’s) the most brutal situation I’ve ever seen.”