Aneglina Jolie was spotted walking through Adriatic island of Brijuni in Croatia with the nation’s President Ivo Josipovic on August 19. 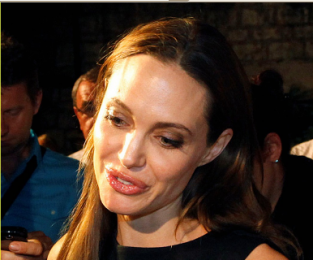 The actress, who was joined by actor Rade Serbedzija, met with the president to talk about the land mine problems. Earlier in the day, Angelina attended a theatrical production in the country.