Angelina Jolie was spotted while boarding a helicopter at a polo field on August 11 in Richmond, London, England. 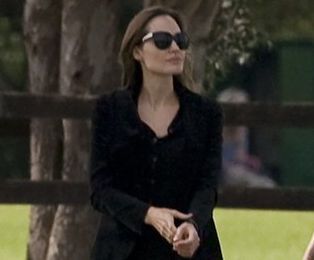 The actress was sporting a black sunglasses, black top and black pants during the helicopter ride. Meanwhile, it was believed that Angelina isn’t leaving London because of the recent riots. She won’t pack her suitcase just because a very small minority of violent youths have taken to the streets since she already visited some of the most dangerous places on the planet.