Angelina Jolie was so desperate to get away from Prague, where she has been shooting her latest film to a certain point that she snubbed crewmembers by skipping the wrap party. 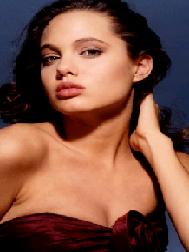 Workers on the film “Wanted” has gathered at Soho eatery on Sunday night to celebrate the end of a two-month shoot but the actress and her co-star James McAvoy were nowhere to be seen.

As a matter of fact, The “Wanted” actress was already out of the Czech Republic, after having a flight to Paris as soon as cameras stopped rolling.

One staff member revealed, “We were hoping to get the chance to spend some time with Angelina after a tough few months. It’s a shame she was too busy to party with us – but we managed to have fun without needing Hollywood stars to entertain us.”