Angelina Jolie, who attends the Screen Actors Guild Awards in L.A., was quizzed about having a lot of ring conversation lately. 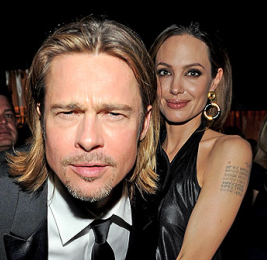 The actress thinks that Brad’s recent comments about marriage were blown out of proportion and her partner seems to agree after saying that it is his fault. The couple sparks marriage speculations after Brad’s statement of “getting a lot of pressure from the kids.” Meanwhile, Brad and Angelina are also spotted at SAG Awards bash, which happens at L.A.’s Shrine Auditorium.