When Angelina Jolie auditioned for “Kung Fu Panda,” a rumor sparked that she spoke a variety of voices and accents in an effort to get the job. 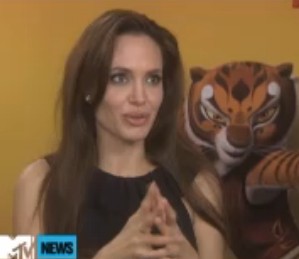 The actress confirmed that she did since she has never loved her own voice. After doing accents like Mae West and British accent, she was hired and she chose her natural voice because she was told to stop doing those horrible voices. In the “Kung Fu Panda” sequel, Angelina reprised her role as the feisty fighter Tigress.