Ashley Simpson and Pete Wentz was spotted to enjoy Valentine’s Day lunch with their son Bronx at the Beverly Hills Hotel on February 14. 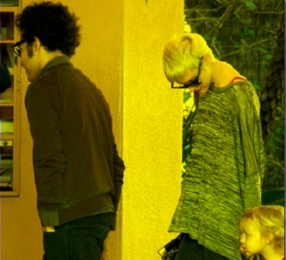 The divorcing couple lunched at The Beverly Hills Hotel’s Polo Lounge after arriving 12:30 and left just an hour later in the same car.

Although reports claimed Ashley was partying hard before the split announcement and she moved in with her older sister Jessica, the couple appeared to be on speaking terms and keeping things cordial.