Ashton Kutcher posted a Twitpic, which is approved by his protection team, on Thursday afternoon. 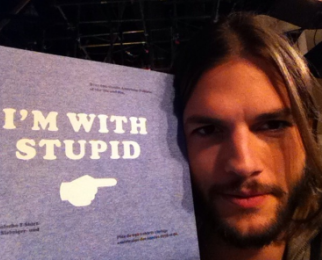 The avid Twitter user also included the message: “What’s a picture worth?” The post happened after Ashton recently announced that he would no longer be in control of his Twitter feed. His decision came after he receive a backlash for tweeting his anger over the firing of Penn State coach Joe Paterno. And he wasn’t aware that the coach was fired for allegedly not reporting child sex abuse to the police.