Brad Pitt and Angelina Jolie were spotted posing for a photo backstage after watching a performance of God of Carnage at the Ahmanson Theatre on April 13 in Los Angeles. 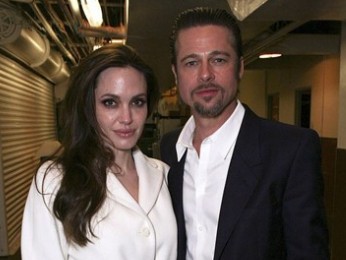 The “Mr. & Mrs. Smith” couple attended the opening night performance of the Center Theatre Group’s production of the show. Angelina previously released her new jewelry collection, Style of Jolie, which she collaborated with Robert Procop.