Brad Pitt, who was joined by Angelina Jolie, at the premiere of his new film “Moneyball” during 2011 Toronto International Film Festival on September 9 in Toronto, Canada. 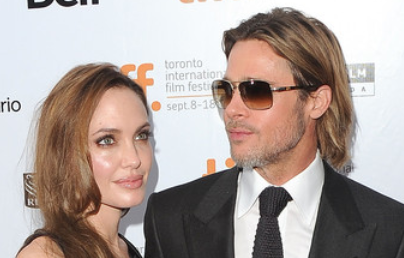 His partner was sporting a Vivienne Westwood dress and Stuart Weiztman shoes at Roy Thomson Hall. Earlier in the day, Brad joined his co-star Jonah Hill at a press conference for the film.