Brad Pitt has reportedly turned down a marriage proposal from Angelina Jolie. 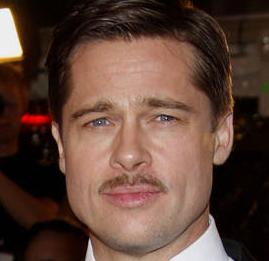 Angelina Jolie, who raises six children with the actor, is believed to be desperate to wed, but Brad Pitt wants to attend couples counseling before they tie the knot.

A source revealed: “Angelina [Jolie] proposed to Brad recently and suggested a Christmas wedding. When Brad insisted they hold off, Angelina put him on a major guilt trip by telling him the kids want them to be married.”

The source continued: “Brad thinks a wedding right now is biting off more than they can chew. He would like to slow down and go through some couples counseling. But Angelina is insisting they get married before they adopt again or have another biological baby.”

It has also been claimed 33-year-old Angelina is undergoing fertility treatments in a bid to conceive a second set of biological twins with Brad, 45.

A source added: “Angelina’s doctors told her she has a strong chance of conceiving twins if she does it within two years after having her first pair. She has been seeing a fertility doctor regularly. She and Brad are monitoring when she is fertile. And they are trying really hard in the bedroom!”