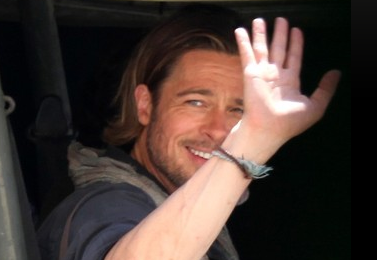 The actor, who is sporting aviator sunglasses, a gray jacket and jeans, worked hard while shooting the day’s footage. Meanwhile, alleged details of Brad’s relationship with Angelina Jolie while still married to Jennifer Aniston and working on the film “Mr. & Mrs. Smith,” are coming to print in a new book written by the movie’s producer, Arnon Milchan.