A new clip featured Brad Pitt in his new movie The Tree of Life, which will hit the theaters on May 27. 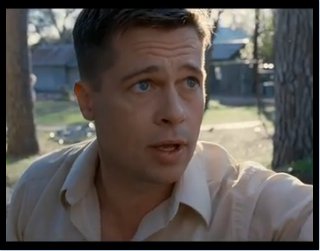 In the clip, the actor’s character teaches his son how to fight and defend himself. The son will grow up to be Sean Penn’s character. His new film, which followed the life journey of Jack, will premiere at the 2011 Cannes Film Festival next week.