Britney Spears sparked engagement rumor after being spotted in a Hawaiian beach with a new diamond ring on her left finger on Wednesday. 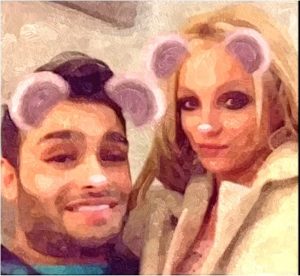 The “Baby One More Time” star was sporting a shining ring while enjoying the water in a bright yellow string b*kini. The sparkling item suggested that she might be engaged with Sam Asghari. Her 23-year-old model boyfriend hasn’t joined her on this trip but she spent the time with her sons Sean and Jayden. The celebrity pair was last seen together publicly on their Instagram accounts on January 1. They also previously celebrated their one year anniversary in November, after meeting on the set of her Slumber Party music video in 2016. Meanwhile, Britney recently finished her Las Vegas residency show. If the engagement speculation is true, then this will be a third time for her to tie the knot.