Britney Spears, who covers the “Glamour” magazine for October 2011 issue, thought performing for Prince William and Duchess Kate will be amazing, crazy and cool. 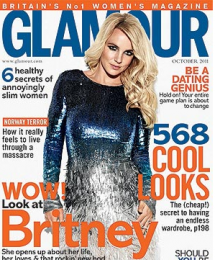 The singer thought that Duke and Duchess of Cambridge are a beautiful couple, which she totally respect and admire. When Britney learned that Prince William had a poster of her in his bedroom wall as a teenager, she replied: “Hilarious!”