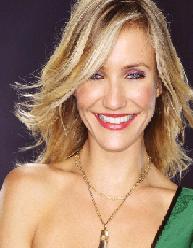 The “Charlie’s Angels” actress, who acted as a presenter at Live Earth’s New Jersey show, was first spotted with the 28-year-old environmentalist at Live Earth New Jersey’s VIP area on July 7.

The pair are claimed to have enjoyed a romantic dinner at New York’s Stanton Social restaurant on the night of July 9.

A witness revealed, “They flirted and touched throughout their meal. They were really into each other.”