Cara Delevingne flaunts short pixie hairstyle, which she shares on her Instagram profile on April 14. 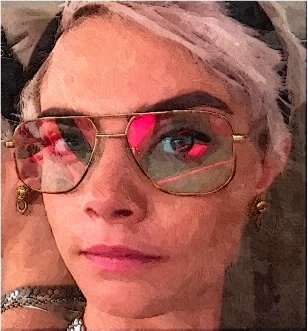 The “Vogue” model reveals her new pink hair for her new film, “Life in a Year.” Her co-star Jaden Smith also shaved off his hair for his role with the help from Will Smith. It is not the first time that the 24-year-old model dropped hints to her followers in her Instagram story by posting a photo that showed pieces of her platinum and pale pink hair lying on the floor. She also writes in a catchy line, “Oh no!” Meanwhile, other celebrities also cut their hair short lately, including Zoe Kravitz, Kristen Stewart, and Katy Perry.