Celebrities reportedly convinced a wealthy donor to contribute $500,000 so they could return on Twitter after being frustrated from the time to raise $1 million for charity. 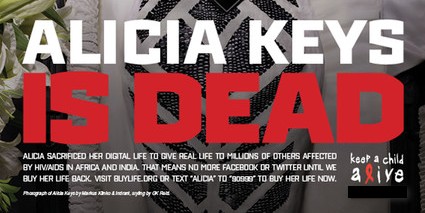 Stewart Rahr, who is a billionaire pharmaceutical executive, gave $500,000 on December 6 to revive the digital lives of Alicia Keys, Kim and Khloe Kardashian, Lady Gaga and others on Twitter and Facebook.

According to the source, the campaign has the worst mismanagement of star power.