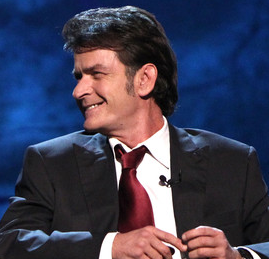 The actor shocked the organizers of the screening of AARP Movies for Grownups festival after appearing on the red carpet. Fortunately, Charlie acts on his best behavior at the screening for 3,000. Director Estevez and father Martin Sheen, who stars in the movie, are on a bus tour to promote the film.