Chord Overstreet is back to the “Glee” as he returns to the set to shoot the scenes for an upcoming episode on December 6 in Venice, California. 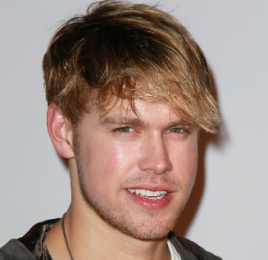 The 22-year-old actor is included to film scenes on a set of bleachers along with other co-stars: Mark Salling, Cory Monteith, Harry Shum, Jr. It seems that the cast is paying homage to Grease. Meanwhile, Chord earlier tweeted, “Who’s ready for tonight’s episode?”