Chord Overstreet was bummed initially after learning that he wouldn’t be coming back to “Glee.” 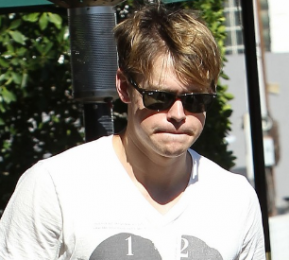 The The 22-year-old actor had the best time working on the show and he had one of the best life experiences. But he decided to look at it as an opportunity to dive into his music and he’ll keep watching the show. Meanwhile, Chord was spotted while heading to his car on August 25 after having lunch with friends at Urth Caffe in West Hollywood.