Cody Simpson’s paycheck as the big guest star on “Sonny With A Chance” spin-off show, which is called “So Random!” 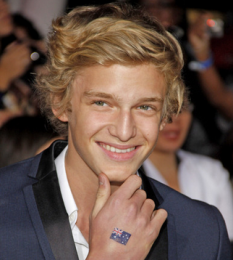 The Australian pop singer was the musical guest of the show, where he performed his song, “All Day.” And he accepted $2,906 for that episode based on his contract filed in L.A. Superior Court earlier this month. Meanwhile, Cody began dating Kylie Jenner only a few months after the episode was shown.