Daniel Radcliffe, who played the role of Harry Potter in the film, was so desperate to know if his boy wizard character would make it to the end of the seven-book series to a certain point that he begged J.K. Rowling to tell him his fate over dinner. 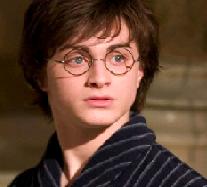 Ironically, the British author had taken the teenager out for a meal to discuss the character Daniel Radcliffe plays on the big screen. But she was left mumbling answers over the dinner table at a posh restaurant when the young actor hit her with questions about Potter’s fate in The Deathly Hallows.

The writer recalled, “At one point, during dinner, he said, ‘Look, I’ve just got to ask you, ‘Do I die?’ “I thought quick and I whispered, so no one else could hear, ‘You get a death scene.’ “But Dan’s very smart and I’m pretty sure he would have walked away from that dinner thinking, ‘Yeah, I get a death scene but what does that mean?'”