Daniel Radcliffe took the stage with his Broadway show castmates at the 65th Annual Tony Awards in New York City on June 12. 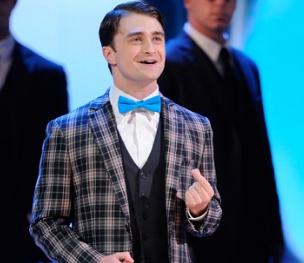 The “Harry Potter” star and his fellow performers offered up a memorable performance for the star-studded audience in attendance. The Tony, which hosted by Neil Patrick Harris, toasting the best of the Broadway and featured a not-to-be-missed reassembly of an all-star cast of the New York Philharmonic’s April 2011 limited run of Company.