Daniel Radcliffe, who was interviewed by MTV news, talked about what he’s discovered in his acting abilities. 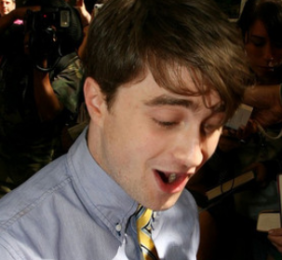 The vital thing he has learned is he became less successful whenever he tries and suppress his own natural oddness. And he admitted that he has a slightly staccato way of moving and talking so he just have to learn to be his most natural self onstage or onscreen. His advice: “Don’t shy away from your own weirdness. Own your oddness.”