David Archuleta plans to take a break from his music career for two years to become a full-time Mormon missionary. 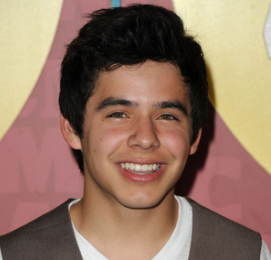 The “American Idol” alum announced his plan to audience members in Salt Lake City, Utah on Monday. He explained that his decision is a result of the feeling that he felt that he need to do next in his life. And he learned to trust that feeling while he’s aware that he needs to answer God’s call.