David Cook prepares for his big race at Freedom Plaza on May 1 in Washington, DC. 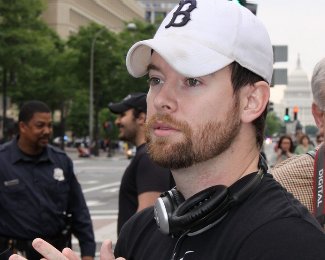 The 28-year-old “American Idol” winner ran in the Race For Hope, which is an organization that raised money for those suffering from brain tumors. And the event raised over two million dollars with the help of the dedicated runners. Meanwhile, Fans should check out David’s newest single, “The Last Goodbye” from his second album, This Loud Morning, to be released June 28.