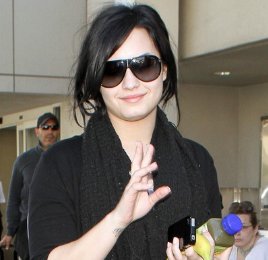 The “Sonny Had A Chance” star’s first interview since leaving treatment will be shown later this spring on Good Morning America and 20/20. She thanked Robin for helping her tell her story. Meanwhile, Demi was accompanied by police officers when she headed out of LAX airport in Los Angeles on April 1.