Dennis Rodman was kicked out of a California hotel on October 22. 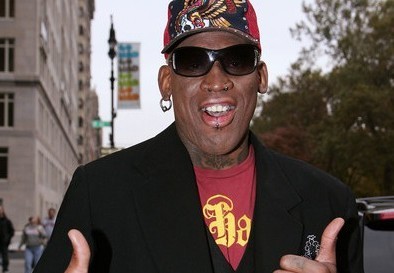 The basketball star was shooting a UK television show at Surf and Sand Hotel in Laguna Beach. He was allegedly drinking at the hotel bar and was asked several times by security to quiet down and stop bothering the guests.

Dennis still continued his behavior and the police were called to kicked him out of the hotel for allegedly being drunk and disorderly.