Dianna Agron and Teresa Palmer were spotted while getting involved in Tokidoki Relief Run on March 27 in Santa Monica, California. 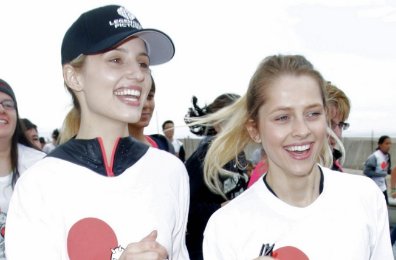 The “I Am Number Four” co-stars jogged along the beach in a 2-mile run, which helped to raise funds for Japan Earthquake and Pacific Tsunami fund of American Red Cross.

The event was organized by Josh Duhamel and wife Fergie was also there to support. Diana tweeted that she was in Santa Monica with Josh.