Jon Voight reportedly crashed “In the Land of Blood and Honey” premiere after sneaking to the red carpet to speak and to be photographed with daughter Angelina Jolie. 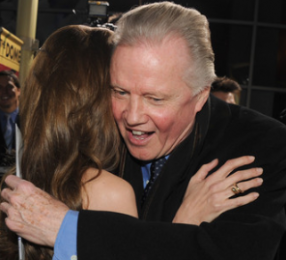 The actor dismissed the crash report after saying that his daughter invited him. since they talked about the film for the past year. As for the film, Jon thought it was remarkable and deeply compelling. He was also impressed with Angelina’s ability to write the film from scratch.