Duchess Kate has been admitted to St. Mary’s hospital in London in preparation for the birth of the future heir to the British throne. 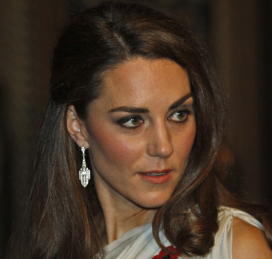 The Duchess of Cambridge is taken to the Lindo Wing just before 6am this morning and she travelled without a police escort. A spokesman for Kate and William reveals that things are progressing as normal. The press is gathering outside the hospital to capture the royal birth coverage. Meanwhile, Prince William is currently on annual leave from his job as an RAF search and rescue helicopter pilot based in Anglesey. He is also entitled to take the two weeks’ paternity leave.