Duchess Kate is spotted leaving a London hospital after being admitted and treated for her acute morning sickness due to her pregnancy. 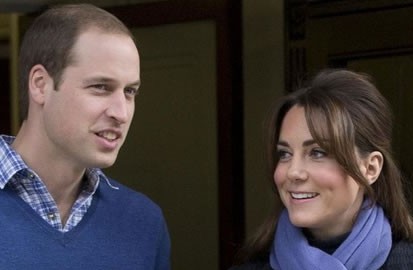 The Duchess of Cambridge holds a small bouquet of yellow roses while posing for a photographs with Prince William in a short period of time. Then she leaves King Edward VII Hospital in a waiting car. It is believed that she will stay and rest at Kensington Palace in London. Meanwhile, a breach of Duchess Kate’s privacy happens when two Australian radio disc jockeys made a prank call to the hospital early Tuesday. A nurse discloses information about the brunette beauty’s condition after thinking that the radio personalities are Queen Elizabeth II and Prince Charles. Now, Mel Greig and Michael Christian later make an apology for the hoax on Wednesday.