Duchess Kate has been the latest royal to be the center of sizzling photo controversy. 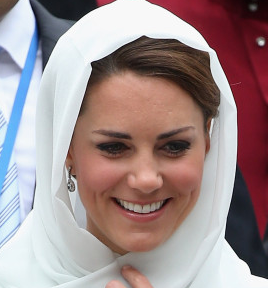 The Duchess of Cambridge has been snapped while sunbathing in France. The blurry and sexy photographs, which angers the British royals, was taken at the poolside last week during a holiday at a chateau in the Provence region. Another photo shows Prince William puts sunscreen to his wife’s bottom. Meanwhile, the royal couple arrive at an official dinner, which was given by His Majesty The Agong at his official residence last night.