Emma Watson opened up of playing Hermoine Granger, a role which she grew up doing it. 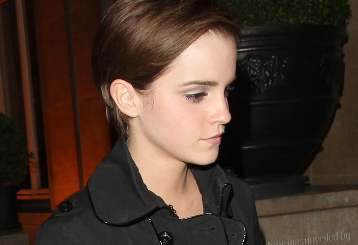 The 21-year-old actress does not feel like a job but she feels like part of her identity. Meanwhile, Emma was in London attending the world premiere of “Harry Potter and the Deathly Hallows – Part 2.” Later that evening, She was wearing Elie Saab dress at the film’s after party.