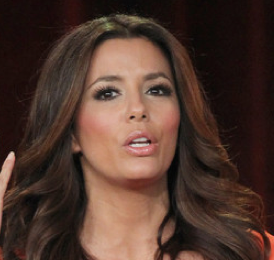 The actress planned to get rid of all the traces of the tattoo while starting the final process of having her ink cleared from her skin yesterday. It was reported that she failed to laser off the tattoo in the past. New beau Eduardo Cruz even accompanied Eva to her initial session at the Los Angeles-based office. Meanwhile, Eduardo and Eva were seen acting sweetly on a shopping trip earlier this month.