Giselle Bundchen, the supermodel and current girlfriend of Tom Brady, revealed she is not pregnant. She said, “It’s crazy how people can make up these stories.” She added, “I’m not pregnant and I’m not planning to be pregnant anytime soon. I have so many contracts to do, so many projects.”

The supermodel thinks she was too young for a child. She revealed, “It’s just something I don’t want now – it’s something for the future.” 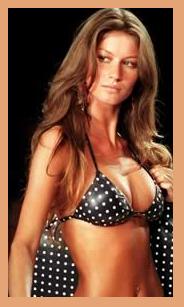 Even though Giselle Bundchen denied the report that she is pregnant, Tom Brady is a potential father because his former girlfiriend, Bridget Moynahan, is pregnant with his child.