Cory Monteith was captured in a video, which is released by a fan that he met on a final flight. 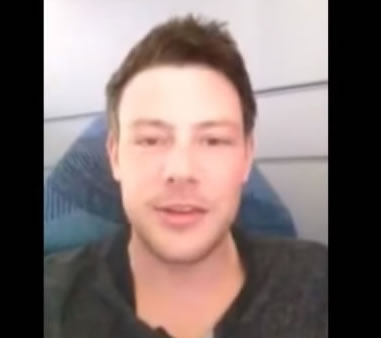 The “Glee” star was filmed in a snippet just days before his tragic death from drug and alcohol use. In the video, he said: “Hi Malorie, I’m Cory – I’m Sheila’s friend. I just wanted to record this video for you guys to let you know to stay out of trouble and stay in school.” The video was filmed on July 6 when Cory was onboard a flight to his hometown of Vancouver, where he checked into the Fairmont Pacific Rim Hotel.