Hayden Panettiere spent her time at a fan convention in Toronto on August 27. 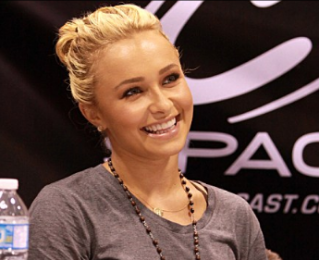 The “Heroes” star, who was sporting low key gray T-shirt and ponytail hair, was charging her fans $30 for an autograph and $45 for a photo opportunity. She joined the likes of Tom Felton and Buffy actress Eliza Dushku putting pen to paper at the event. Meanwhile, Hayden starred in “Scream 4” earlier this year and she will appear in drama “Carmel.”