Heather Locklear was discharged from the hospital, where she was being treated in ICU. 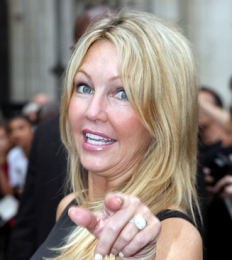 The actress was released to the care of her family after doctors thought that she was in good shape to be discharged. The spokesperson claimed that Heather was smiling and talkative upon her discharge. It was previously reported that Heather was rushed to the hospital after taking a dangerous combination of alcohol and drugs.